ENSLAVED AND EXPLOITED: The Story of Sex Trafficking in Canada – Hope For The Sold

Help us make our next Documentary! www.HopeForTheSold.com/Invest

EDITORS NOTE: Includes interview clips with Victor Malarek, author of “The Natashas” and “The Johns”, both required reading for anyone who wants to really understand how the worldwide sex trafficking crime organizations affects all of our societies and creates a very dangerous world, especially for children and young people, both female and male.

In October of 2006, my husband Jay and I attended a leadership conference in Atlanta, Georgia. Gary Haugen from International Justice Mission led one of the sessions, tackling the topic of modern day slavery. At the end of the session, 100 tickets to pre-screen a movie called TRADE were given out. Out of 10,000 people that were in attendance, our group ended up with 6 tickets.

Little did we know our lives were about to change.

The film served as a rude awakening that human beings were being bought and sold all around the world. Sex trafficking was a booming business, and slavery was far from abolished. I grew up in Africa where I had witnessed poverty and injustice in various forms, but a multi-billion dollar industry of rape for pay struck a chord with me unlike anything else ever had. As a woman, I could not imagine a worse fate. Jay was filled with anger and deep sadness that men all over the world funded and fuelled such a sick and abusive trade.
So we decided to do something about it.

We came back home to Ontario and started an awareness campaign about sex trafficking. Along with an amazing group of friends we organized banquets, art shows, concerts, and university events to spread the word. In 2009, we received a small grant from the Millennium Scholarship Foundation and drove 11,000 km across the country to make a documentary about sex trafficking in Canada.

Despite not having any experience with film making, Enslaved and Exploited: The Story of Sex Trafficking in Canada has been used as a resource by students, Members of Parliament, Border Service Officers, crisis shelter workers, professors, church leaders, and abolitionists.

Along with this, the Hope for the Sold blog reaches thousands of readers monthly and has served as a platform to discuss important issues surrounding sexual exploitation and to mobilize people for the cause.

In 2011 Hope for the Sold partnered with International Teams, giving HFTS organizational framework and the ability to provide tax receipts (find out more below). There is a second film on the horizon, which you can learn more about and support here! 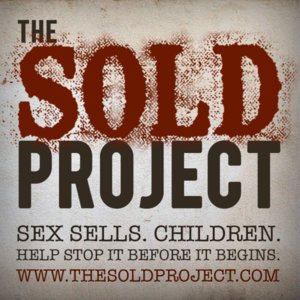 Nevada Pimp Dennis Hof Accused of Sexual Assault, Won’t Face Charges…One of Those Assaults Was Against Me – The Bunny Ranch Insider!